0
86 Views
0
Shares
Young woman seeks help on how to escape a situation she’s stuck in with her brother-in-law after having an affair together. 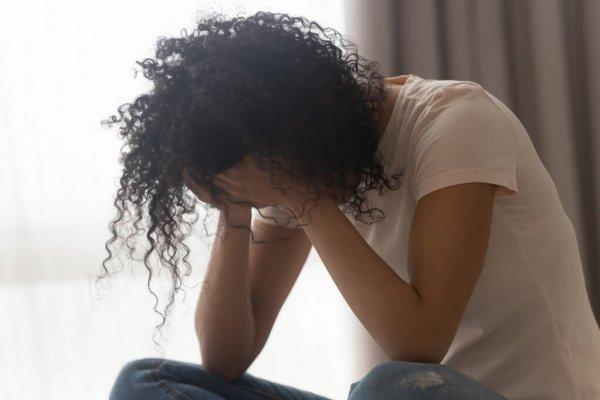 According to the mother of two who sought advice through an anonymous source, she lives in a family house with her brother-in-law and her husband’s sisters who are married. One thing led to another that ended up in an affair with her husband’s brother.

“I got carried away and I slept with my brother in law. He’s the one that actually initiated it and I resisted initially but later succumbed. I’m married with 2children. We are living together in a big family house.

My sisters in law are all married. It’s only my husband, his younger brother and his parents. I realized my mistake and I told him I don’t want to continue the affair. I started avoiding him but I noticed he has been moody and we no longer close the way we were. So my husband started asking questions.

I can sense he’s suspecting something is wrong. I went to discuss the way forward with his brother cos I don’t want my husband finding out and we ended up having sex again. His brother is of the opinion that we should not stop. My husband works two weeks in and two weeks out. His aged parents are always in their room or in the sitting room watching tv so nobody will suspect us.

After I renewed having sex with him, everything went back to normal. That quarreling mood he is always in, disappeared. Hubby is no longer suspecting but I’m still not happy. How do I pull out please.” 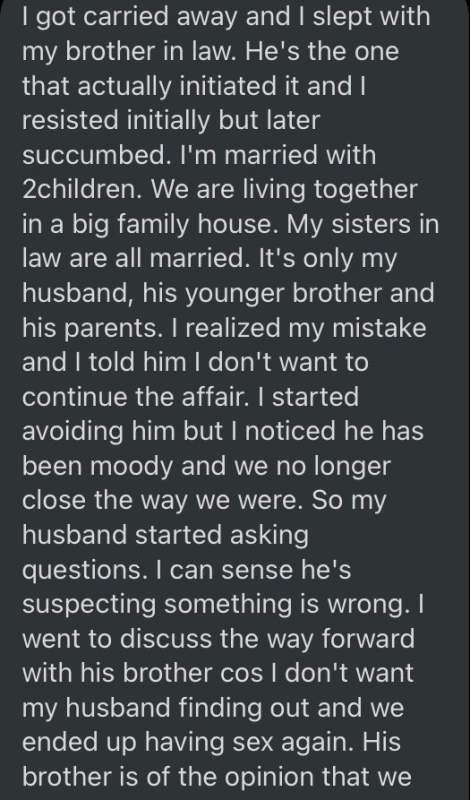 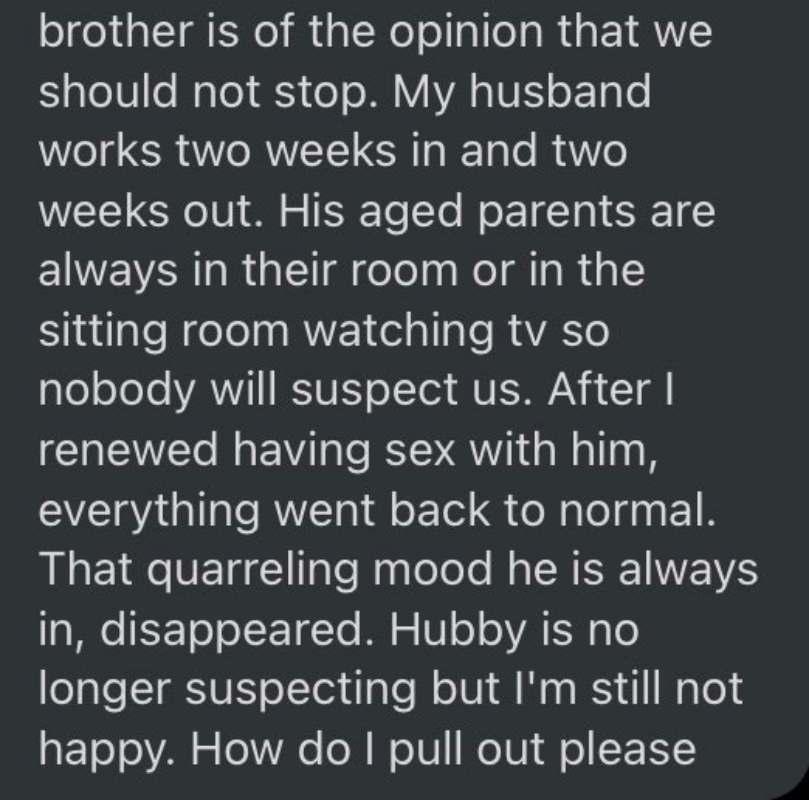