0
1.2K Views
0
Shares
Parents of two kids who are increasing daily in size have cried out over the size of their children, and how they’ve been to different hospitals to no avail. 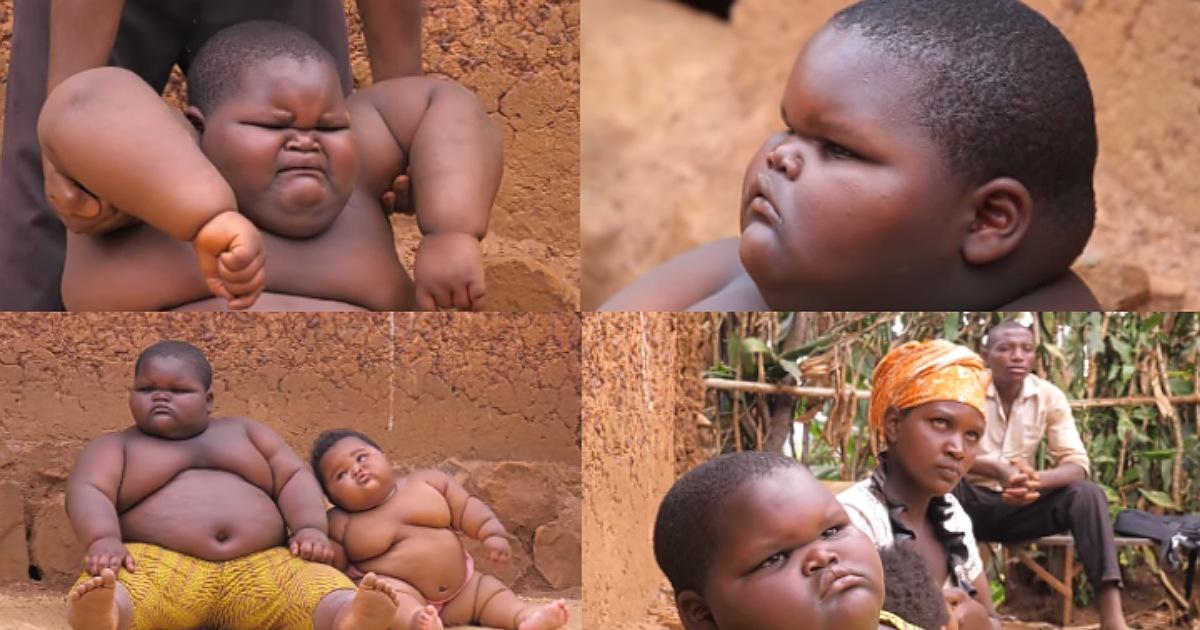 According to the story shared by Afrimax, their kids were born normal but after some time, they began to increase so much in size.

“My 5-year-old son was born successfully through a natural birth but he has kept on increasing both in weight and in stature. He grows daily in size. You can even sit with him and notice that he has gained 2 kilos within 1 hour. Sometimes it gets worse and he can’t even stand or walk. Wherever he’s going to, we have to lift him.

He’s too big and one person can’t even lift him alone. He is as big as 6 children of his age. Talking is one of the things he doesn’t like at all because his weight blocks his neck and it’s not easy for him to talk.

Our one-year-old is also fat. She’s also as heavy as her brother. Neighbours have always bullied me, saying I wouldn’t have married because I’m bringing curse. We have been going from one hospital to another but doctors said they have no disease.

My son was born with 2.5 kilos. He was a small baby. In his first month, his life condition was pretty normal. But between 6 to 9 months, things started becoming unreal. He started increasing from day to day to the extent that he weighed 30 kilos which is 66 pounds. Right now, he’s 5 years old and he weighs over 100 kilos.